Got another chapter of a comics serial done. Keep your fingers crossed it all comes out!

Well, was interviewed for new campaign today and did the assessment. Transition will be swift enough that I won't miss any paychecks. Good on that.

...it's just another story on the wall.

Completed a near-9000 word tale for Chuck Dixon. We'll see where it goes from here.

My best friend of college days and many years thereafter, and yes, someone I really loved, is dead. Found out about it tonight, googling names. Got to learn not to do that.

Her name was Alice Speer and she was a doctor in Texas. I knew her when we were both students. She was my best female friend for ages and someone you couldn't help but love. We traded letters and phone calls for years after graduation. Gradually, we lost touch. Tonight I learned she passed away in her sleep in January.

So long, Al. It's gonna be a lot colder world without you.

Well, MONSTER IN THE MANSIONS got another review, and a positive one at that. Huzzah!

I'm considering a life change. Any prayers and good wishes for peace and guidance will be welcomed.

Don't see anyone here these days but Settai and Lady Norbert. Is everyone else gone?

What should I talk about? Not that it matters all that much, but...

...I got the Big Book that I've been working on for months done a few days ago and transmitted to the Powers That Be for approval. we'll see how it goes.

...Our current client is leaving us and we're all being reassigned. I had a call last Friday from a recruiter and she was supposed to call back on Monday but she hasn't. I left word with the employer to have someone call me back. They haven't. It'll probably work out, though.

...Got paid for a story coming up in March, not bad money. Also saw a colored, inked, and lettered page from an upcoming story. It's a beaut.

There aren't that many folks left who follow me here, I guess, but I value you all. Take care. 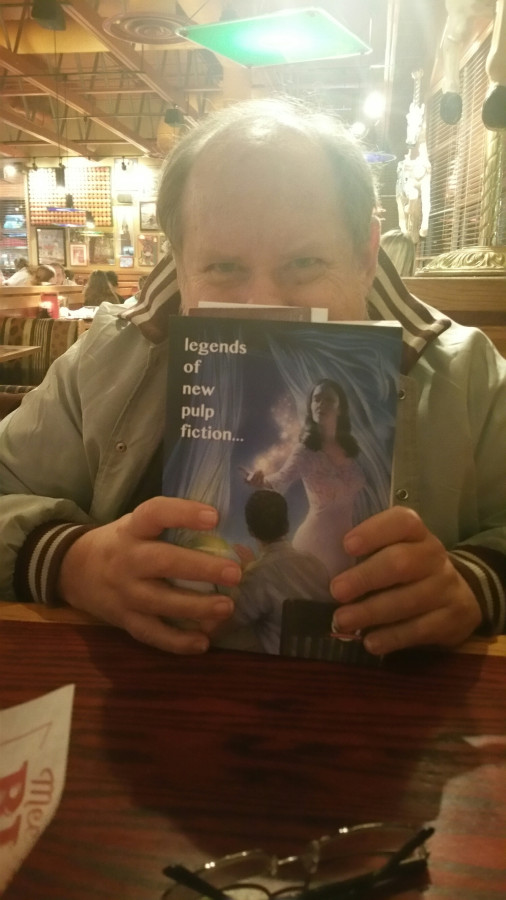 If this works, it's me and the book I'm in.
Collapse